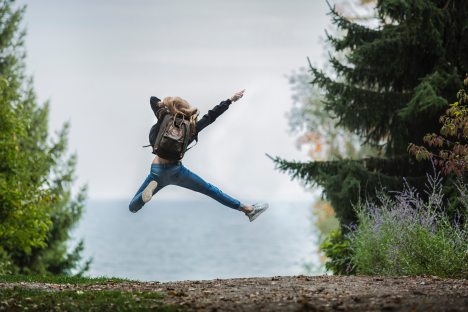 And honestly, I’m not even mad about it. Taking a year off of dating in 2018 was one of the best decisions I made, and I don’t think I realized how much it changed me until I went through this year… alone.

I think after 2018 was over, I thought God was going to miraculously dump my guy in my lap. Like “Hey Sarah, great job- you are now worthy of the husband I have for you.” Haha silly me. I think I’m still learning the appropriate and delicate balance of setting expectations too high and clinging onto hope. I know God is a Big God, but I also know sometimes He shows up in different ways than my brain can imagine, than my heart is expecting. And I’ve learned that it is those moments that some of His best gifts are revealed.

January actually started off hopeful as I began talking with an attractive Christian. I was excited for our first date… our first date that never happened. He was what Matt Chandler would probably refer to as a “good Christian boy,” not a great godly man. And I’ve had my fair share of guys that attach themselves to the Christian label with no true intentions of following Christ. My hope of meeting a guy at the beginning of the year quickly vanished. My single life had become much more appealing to me, now that the quest for the husband-to-be had not taken up so much head space. I was focused more on my calling and the purposes God had for me. It wouldn’t be until August when I would have my first official date in almost two years. And what would start out as a heart full of hope, would quickly end in disappoint yet again.

Paul knew everything to say to allow himself to enter my heart. He said and did everything I wanted to hear. He started to lead me to believe he was the male version of myself. After our first date, we had set up another and then he wanted to see me even sooner. He pursued. He was intentional. He was everything I thought I wanted… until he wasn’t. The problem was while he said and did everything perfectly, it was never really who he was. He came on strong and fast until I let my guard down and as soon as I did, he vanished. He left. It was as if I was just someone to conquer. He withdrew and when I questioned him about it, he just said he thought he moved too fast and wanted to take it slow because he was scared. I made the mistake of believing him and held on. Little did I know at the time his words were code for I’m just not that into you. The “I still want to go on dates and get to know you but just not like the world dates” equated to never hearing from him again. I think what hurt the most was feeling betrayed and lied to. As if I wasn’t worthy of the truth. I trusted him. I had believed him. It just made the whole process more painful as I tried to make sense of everything- and worse, attempted to justify his actions. It was one of those “I’m going to gaslight you and then call you crazy” scenarios. I had been down this road before. I knew better. I was mostly mad at myself at this point.

I began to question how something that I thought felt so right in my spirit was so wrong. Can I not trust myself? But I think God has taught me that it’s okay if I can’t trust myself because I can trust Him. And maybe that’s where He wants us; maybe that is what I was supposed to learn. I had thought as long as I had the Holy Spirit in me, I could almost know all. But maybe that removes the intimacy in a close, much needed, dependent relationship with God. Because at the end of the day, God protected me- just like He always has. He protected me from something that wasn’t for me. And while I’m mad at myself for not knowing, I take comfort in having a loving Father that’ll step in even though it is painful in order to protect me from further, worse pain. As painful as that was, it’s so much better than being partnered with someone who is less than God’s best for me. There is beauty in the grace, beauty in the growth.

I left our weird non-relationship of marriage and future talk with all the hope I once had completely crushed. It was as if I went from validating my hope to no hope at all overnight. In that moment, I quickly wanted to recoil and build my walls right back up again. This is why I hate dating. But I haven’t. I’m just more careful with who I let it. Ironically, while this situation should have left me hopeless, it left me more hopeful. Sometimes God removes people from our lives that He knows we wouldn’t remove on our own. How comforting. I know the one God has for me would never hurt me that way and whoever I end up with doesn’t deserve to reap the consequences of lies and behavior sown by guys prior. I’m sometimes amazed at how quickly I am to trust again- some may call it naive, but I think there’s an innocence and purity in starting fresh. Surprisingly, Paul was a faith bump for me. A way for God to say, to show me, Paul maybe wasn’t everything he said he was but there are others who still believe in the same values I do. While Paul turned out to be nothing like me, there are others who are. And though I may have had my heart broken a few times, I’ve learned a broken heart still has a whole lot more love to give than a cold one.

Photo by Sebastian Voortman from Pexels