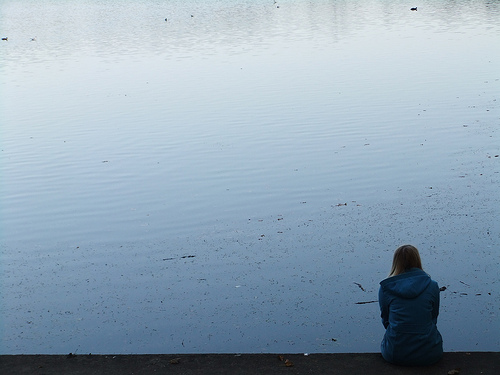 I used to judge women who stayed with abusive men. I wish I could say I didn’t but I think I did. And then I realized how easy it is to stay. How hard it is to leave. I finally realize what Shakespeare meant when he said “the prince of darkness is a gentleman.” Because with all the bad, deep and hurtful experiences, there are also great, wonderful and amazing times. And this mind game twists our brains, our hearts, into an uncomfortable delusion.

His manners made everyone think he was a southern gentleman. Looking back, instead of respecting boundaries, his pursuit made me feel loved, wanted. He was slowly worming his way into every area of my life. It was control masked as care. He would discuss our futures together, each word igniting hope for our happily ever after. The mind manipulation, the passive aggressiveness, the guilt began to eat at me. I was frantic to save what I didn’t even want.

Him: You made plans for Friday night without even talking to me?
Me: I’ve been ignoring my friends for a month.
Him: So have I but that’s because you’re the most important thing in my life. I guess that was pretty stupid to think that you felt the same way about me.
Me: I do feel the same way.
Him: No you don’t. Otherwise you wouldn’t be putting me in second place. I never realized how self centered you are…

And there I am. Left wondering, left thinking is he right and am I the one in the wrong? I didn’t realize he was telling me how I felt when he didn’t know me yet. But that’s what control does. He was working to control my behavior by responding in a negative way. A way that would make me not dare to act the way I did ever again. We do this to children when they are little to teach them right and wrong. Only we typically do it out of concern, not control. And I wasn’t his child.

But the mind control continues and leaves you second-guessing even further. He comes back apologizing and encouraging me to do what I initially wanted.

I love you way too much to stay mad at you. I know you didn’t mean to hurt me and I know you aren’t going to make plans anymore without talking to me first.

The last part of that sentence says it all. We get excited at the thought of a love that’s “way too much” only to be left feeling beat down, feeling like we did something wrong when we didn’t. I was so focused on the good, that I didn’t realize he was telling me what to do. How often we think about the good in order to drown out the bad.

The ideas above are all too real. Points are taken from the movie Reviving Ophelia, showcasing the subtle, calculated takeover of sweet innocence. Check back next week or subscribe with your email to be notified as we pick up next week with part two. For more signs of abuse, check out last week’s post 8 reasons people stay in abusive relationships