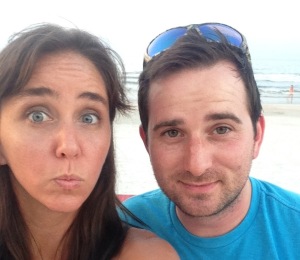 Is that even possible?! For those of you that have been following along, you remember my boy Sam (Sam requested to have his named changed to Zak to coincide with Ben Folds’ Zak & Sara song, how cute). But we are already in too deep with “Sam.” You can read about our times together in the previous posts (here & here) but one thing that definitely stood out with Sam was meeting his whole family on our first date. I think I loved the “So how did you guys meet?” questions the best.

Sam came down recently (aka a few months ago- sorry, I’m a bit behind on these types of posts;) and we were able to hang out some. Though slightly awkward. I, unfortunately/fortunately, had started talking to a new guy right before his visit so it created a little tension between us. Hey, in my defense he was going to bring down a date! Okay, not really- but it was going to be someone that liked him who would help out with all the nieces and nephews. Who knows. Regardless, she didn’t come and I didn’t bring my guy. It just would have been too awkward all around. [Sidenote, new guy and I decided to just remain friends].

Our normal outings are typically held in St. Augustine but this time it was Daytona Beach. It was Stan’s 94th birthday party. 94! Stan is a family friend that is pretty much family. Sam, his grandma, Stan, Sam’s two sisters, sister-in-law, more nieces and nephews than I could count, his mom, dad, and I think that is all. That’s who was there this time. And me. Of course I fit right in. I think Sam’s grandma likes me more than she likes him. Amongst screaming kids, great BBQ, and amazing homemade cake from granny (I’m pretty much family, I can call her that), all I can say is I hope to be like Stan one day. He was so active- wanting to help, loving everything and everyone. It’s always such a joy being around people like him.

After the party, Sam and I decided to go to the boardwalk since neither of us had ever really been. I drove us since he rode with his family there. Big mistake. We almost just decided to go somewhere else. Parking was the worst in my truck. Awful. Sam is a little passive aggressive in that he won’t tell me what to do until after I didn’t do something and then lets me know what he would have done (now that it’s too late). Thanks. Sam was firmly upset my truck did not fit in certain spots and disliked the fact I did not feel comfortable parking in sketch situations. Then he got mad and said I yelled at him. I can neither confirm nor deny what I did. I ended up driving into a bar parking lot that had spots and we discussed the parking situation for a good 10 minutes. I saw other people parking there and walking to the boardwalk so I told him we should just do that. He thought it would be too obvious what we were doing since we had been sitting in their parking lot awkwardly doing nothing. During this time, a guy in an orange vest came out of the bar to start selling spots. Great. I thought we would be okay since we were already there but I was still nervous. We decided to ask permission from the guy. Well Sam did. I like that about him. He has a manly, take charge, side to him that makes me feel safe. For someone who is somewhat bossy, it’s nice to relax every now and then and let somewhat else take charge;) 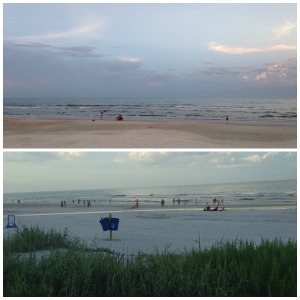 We walked around the boardwalk as Sam complained about the rides and the prices. Sam was too cheap to buy me water, which was free. I know right. Okay he wasn’t that bad, he just didn’t want to stand in line to wait for it even though I was soooo thirsty! On top of this, he was texting his “girlfriend” and making fun of my guy interest with side comments. I remember passing by some people who were passing out Christian tracks, asking people if they were saved. Normally I will pass on by, let them know I am saved, or say something to the effect of I like what they are doing. Sam, however, stopped. He engaged in conversation with them, made them feel valued, and encouraged them. Among all of our play fighting and jokes, it was nice to see this side of Sam. He inspired me more than he knows.

We ended up stop at a place for drinks while watching a concert that happened to be in the amphitheater that night. We talked about a lot of stuff. I remember asking Sam if he thought we’d still hang out like this once he got a girlfriend. Without hesitation, he said we better. I guess I didn’t realize how scarred I have been from lost friendships with some of my guys. I’m not expecting things to stay the same and I’d never want to come before a guy’s girlfriend but it’s somewhat sad that there’s this underlying theme in society that guys and girls can’t just be friends. It was reassuring to hear Sam say that to me. It made me realize he valued our friendship. Me. Beyond wanting me, if that makes sense. A lot of guys have stopped talking to me once they realized I wasn’t interested in dating. While I understand to a degree, it doesn’t hurt any less. So I try not to get too attached. 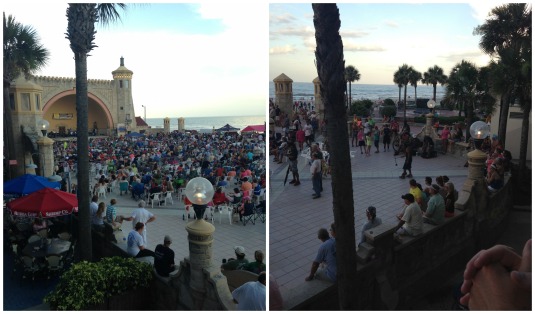 I ended up driving Sam back to the condos where all of his family was staying. It was pretty late and I was hungry. Per usual. Sam made me steak and then gave me ice cream. I didn’t even have to ask. He knows what makes me happy. I hope he’s planning another trip soon because I’m starting to get hungry again.

One thought on “Tinder Sam and more fam!”